With a history dating back to 1920, EPF is probably one of the oldest label printers in France. The traditional company with about 20 employees was in dire straits a decade ago, but with the support of Groupe Aixor, the business group that EPF acquired in 2011, EPF changed its gun.

Despite the pandemic having a significant impact on EPF’s customers, over the past three years the French company has invested around €750,000 annually to modernise and diversify its machine park. “You have to invest in good equipment first in order to attract new customers,” says Nicolas Lavalette, EPF director.

The SCREEN L350 SAI S is the provisional culmination of that investment round. “For handling the large print runs of our national and local customers, we had already invested in analogue flexographic printers. But for local customers, where responsiveness and service are very important, for example within 48 or 72 hours, we needed a second digital printer to serve them in a cost-effective and qualitative way.”

EPF’s managing director puts forward five reasons why his company chose the SCREEN L350 SAI S. First and foremost, the digital label printer allows very fast response to customer enquiries. “The SAI S is quick and easy to operate, and between two jobs you lose no time in getting the printer ready. Speed is important, because some customers almost no longer manage physical stock. Instead, they order new labels when they need them.”

“With the seven colours of the SCREEN L350 SAI S we can print all the Pantone colours we need. This allows us to digitally print exactly the same labels as on our flexo printers, but in smaller runs. The difference between the digital and flexo colours can only be seen by a trained eye and under a magnifying glass.” Also, the seven colours allow using less ink compared to a digital four-colour printer, as less ink has to be mixed to get to the exactly right colour.

A fourth argument was the quality of the printed matter: with a digital printer you have much less chance of printing errors and you are also sure to print exactly the same colours and designs every time. A final, very practical argument: the SCREEN L350 SAI S takes up relatively little space in EPF’s atelier.

“The SAI S, and the investments we made in recent years, promise our company to look to the future with confidence, as the opportunity of new markets opens up to us,” concludes Nicolas Lavalette. 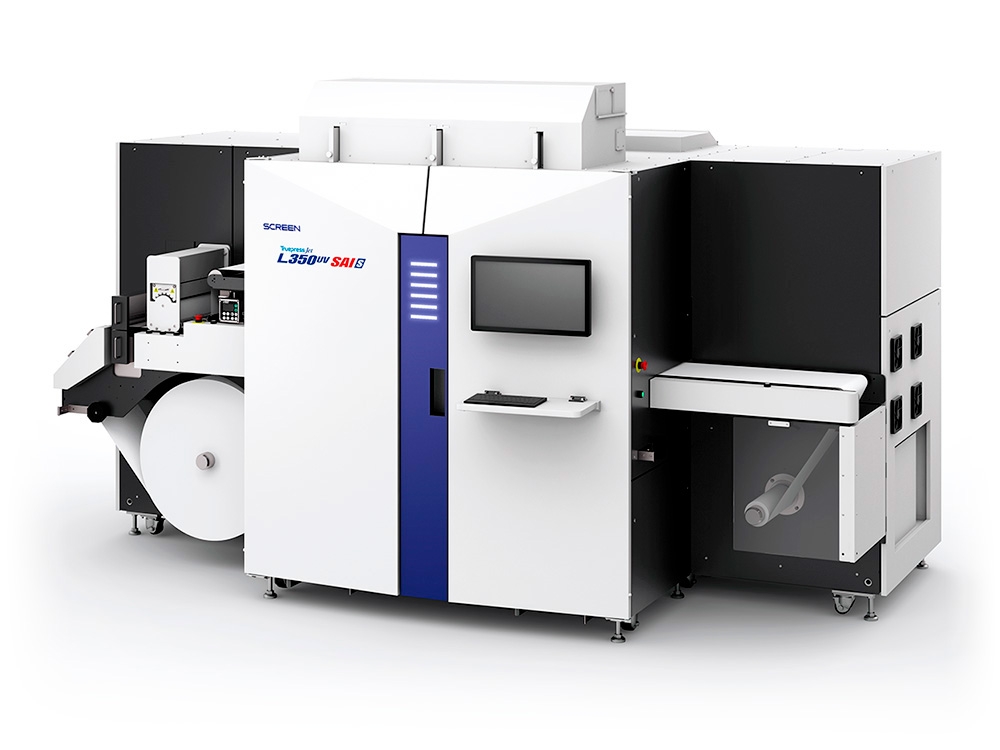 SCREEN Graphic Solutions Co., Ltd. (SCREEN GA) has updated the respective product logos for its Truepress series brand of digital printing systems. The changes intend to clarify SCREEN GA’s development of products and solutions for each of the commercial/publishing, label and packaging markets. The company plans to begin shipping presses bearing the new logos from spring 2023. …